Michelle  has over 20 years’ experience in communications, marketing, and content creation. Her communications business Agent Blonde seeks to support community-focused, social enterprises and NFP organisations create positive and lasting change. Lover of poetry, philosophy and getting to the guts of any conversation, Michelle is a straight talker who can never keep a straight face. […] Jacqueline is a passionate teacher and writer. She is fascinated by what fuels our sense of connection and works to empower our future generations to connect with themselves and the environment around them so they can make a positive impact in the world. Jacqueline holds a Bachelor in Education from Charles Sturt University, is a […] 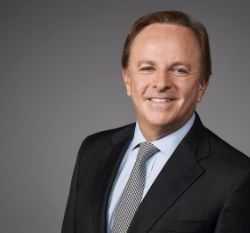 Brian Walsh, B.A. Communications, began his career in television, initially with Australia’s ABC, as a Specialist Trainee. From there, Brian went into feature film production and distribution, at David Elfick’s Palm Beach Pictures, where projects included the Australian cinema classic, “Newsfront.” Brian’s first major role in media was with Sydney Radio Station 2SM, where he […]

Michael is the managing partner and one of the founders of Marque Lawyers, a commercial law firm in Sydney which lives its promise: Law, done differently.  Michael is also a widely published writer on legal and social justice issues, with a regular column in Crikey as well as articles in The Drum, The Saturday Paper, […]

Remo Giuffre sums this up perfectly in this quote “Sometimes the planets align more beautifully than one can even imagine … and so it was for TEDxSydney and INVNT. Late last year we were on the hunt for a production partner with the talent, capacity and desire to help us take an already epic annual […] 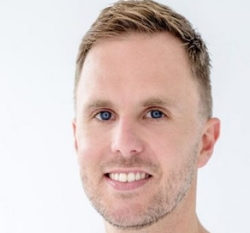 John Treadgold helps organisations measure their impact. After working with fund managers, aid projects and the United Nations, he’s now focussed on the new breed of businesses who are embracing sustainability as a competitive advantage. And this is the topic of his podcast, Good Future, which explores how you can make money while also making […] 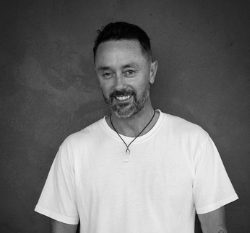 Over the last 20 years Adam has worked in a creative capacity at agencies including Jack Morton New York, Host/Havas’s PR arm, Red Agency, Clemenger BBDO’s experiential agency, Traffik, and most recently as a freelance consultant. Over the course of his career he has produced award-winning creative campaigns in Sydney, New York and Dubai, for […] Alex Reszelska is a Polish-born, Oxford-educated and now Bondi-based writer, storyteller and Japanologist (yes, that is a thing!). As a self-professed spirituality junkie and an on-off Zen practitioner, she is devoted to finding enchantment in the chaos of everyday life. Having been a huge fan of Alain de Botton her whole adult life, she thinks […] Originally from Brisbane, Nicole Klinakis is Copywriter based in NYC. With a background in Advertising and Marketing, Nicole loves solving business problems with creative ideas. She uses the power of storytelling to make the world a little better and a whole lot more interesting. She’s written for a variety of industries including business, climate change, […] James MacDiarmid [B.A; B.Ed; M.Ed.] Educator by trade, storyteller by heart, with a passion for science, communication, lifelong learning and the potential of a human, James has parlayed his expertise across fields into creating evidence based learning experiences that, not just include, but rely on the natural world (through the lenses of both biomimetics and […]