Craig Costello is a researcher in cryptography at Microsoft in the USA. He works on cryptographic applications of computational number theory and computational algebraic geometry. In recent years Craig has focussed on using elliptic curves and lattices to achieve fast and secure post-quantum cryptographic systems. Craig graduated with a PhD from the Queensland University of […]

David Wenham has received critical acclaim for his diverse performances in film, theatre and television. He is one of Australia’s most respected actors. David’s film credits include LION, LORD OF THE RINGS, GETTIN’ SQUARE, ORANGES AND SUNSHINE, MOULIN ROUGE, AUSTRALIA, 300, GOLDSTONE, THE BANK, MOLOKAI, PIRATES OF THE CARIBBEAN, PETER RABBIT and most recently DIRT MUSIC. His recent television credits include Jane Campion’s TOP […] 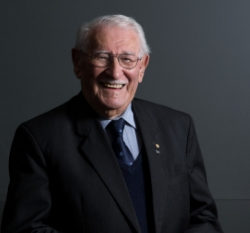 Hedayat is a 27-year-old former refugee from Afghanistan who came to Australia in 2010. He has a bachelor degree of Politics and International Relations and honours degree of Arts and Design from university of Canberra. He has worked as a youth consultant and advisor for many organisations including the Cumberland Council, MYAN NSW and CMRC to assist refugees […] Kim Graham-Nye is irrepressible when it comes to ending nappy waste.  With one cup of oil in each nappy and 450 billion nappies entering landfills or our oceans every year – nappies are a dirty business.  Kim and her husband Jason founded gDiapers in 2005 – introducing the worlds first Cradle to Cradle Certified nappy […]

Maxine Beneba Clarke’s short fiction collection Foreign Soil won the ABIA for Literary Fiction Book of the Year 2015, and the 2015 Indie Book Award for Debut Fiction. Maxine has published three poetry collections including Carrying the World, which won the Victorian Premier’s Literary Award for Poetry 2017 and was shortlisted for the Colin Roderick […] 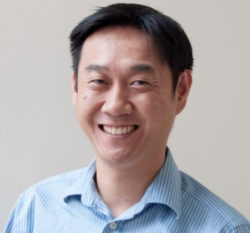 Monkol is an Assistant Professor of Genetics at Yale University. He leads a research group focused on researching the genetics of Neuromuscular diseases and development of therapies. He trained at the Broad Institute and Harvard Medical School developing resources and methods to improve the genetic diagnosis of rare diseases. The includes building a resource that […]

Peter Stutchbury has practiced Architecture since 1980 establishing a reputation for innovation, responsibility and connection. Peter greatly respects Aboriginal culture. He has taught and lectured nationally and internationally since 1981, held the Catedra Luis Barragán chair, Mexico and a Professor at The University of Newcastle, Australia since 1999. Peter is also a teaching master with […]

Ros Harvey is an experienced entrepreneur and executive in technology, particularly the Internet of Things (IoT) and user-centric design. Ros is committed to creating public good through the innovative use of technology. Since founding Australian agtech company The Yield in 2014, it has become one of the industry’s fastest growing technology success stories, backed by […]

Sara Morawetz is an interdisciplinary artist whose work explores the processes that underpin scientific action, examining how these concepts can be leveraged through artistic inquiry. Interested in the ‘Scientific Method’ and its philosophical implications, her work is devised to test and expose the internal processes of methodological labour. Her practice examines how concepts of observation, […]