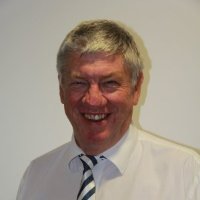 Ray is South African born and educated and he emigrated with his family to Australia in 1987. Most of Ray’s career has been in Sales Executive positions in the IT industry, specifically with IBM, EMC and Network Appliance. He and his family owned a Real Estate business on the Central Coast of New South Wales. Ray was able to match his love of sport with his career by being General Manager of the highly successful Sydney University Football Club for ten years and also had a stint with RWC winning coach, Jake White, at the Brumbies.  He has run his own high profile Events Management Company for many years, organising successful and profitable events for organisations such as The Australian Rugby Union Lions Lunch and the not-for-profit charity Lifestart’s Kayak for Kids race.

Ray’s love of wildlife started at a very young age when his family visited the Kruger National Park on an annual basis. This continued when he became a Founding Director of the Ingwelala Private Game Reserve in the Timbavati area. Although living in Australia, Ray and his wife Margaret have ensured that their children have been exposed to the wonders of the African wild by regular visits to South Africa, Zambia, Zimbabwe, Botswana, Kenya and Tanzania.

In May 2013, with Allan Davies, Ray founded The Australian Rhino Project which is focused on establishing breeding herds of white and black rhinoceros in Australia as an insurance population for the two species which face the threat of extinction.

In partnership with Taronga Zoo and the Business and Veterinary Schools of the University of Sydney, this project has gained serious global momentum – a daunting but extremely important and satisfying venture (and adventure).