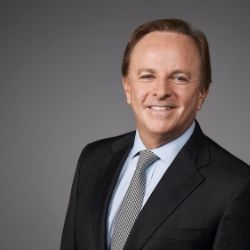 Brian’s first major role in media was with Sydney Radio Station 2SM, where he was Publicity Manager and then Promotions Manager, for Sydney’s leading rock music station. Following a five year tenure at Radio 2SM, Brian joined Network TEN, as its National Director of Publicity & Promotions.

It was at TEN where he launched major network events including the acclaimed Kennedy Miller mini-series “Vietnam”, “The Bangkok Hilton”, “The Cowra Breakout” and “The Dirtwater Dynasty”. Brian was also credited with responsibility for the nationwide success of Australian family drama series, “Neighbours”, where he launched the careers of Kylie Minogue, Jason Donovan and Guy Pearce.

In 1990, Brian founded his own consultancy, The Promotions Department Pty Limited, a company that grew to become one of Australia’s leading publicity and promotions companies, specialising in media, entertainment, sports and event management. Brian’s company was responsible for the marketing, publicity and promotion for the Australian Rugby League and its ground breaking “Simply The Best” campaign, featuring Tina Turner. The company also produced countless Grand Final & State of Origin Entertainment shows and events.

The Promotions Department Pty Limited was also responsible for publicity throughout Australia for some of the major concert tours for a period of over 12 years, including those by Michael Jackson, Mariah Carey, Neil Diamond, Ricky Martin and Barbra Streisand.

From 1991 through 1995, Brian was consultant to British Sky Broadcasting in marketing and publicity, followed by an assignment to Star TV, Asia, where he launched the Channel [V] music channel through 52 countries.

In 1995, Brian was a key member of the management team to establish Australian subscription, cable and satellite television and the launch of Foxtel. Brian accepted a senior consultancy role with Foxtel as Director of Programming, Publicity & Promotions, overseeing the launch, programme acquisitions, the creation of the entertainment channels and the promotions and marketing of the Foxtel brand.  Brian now holds a senior executive position with the company as the Executive Director of Television.