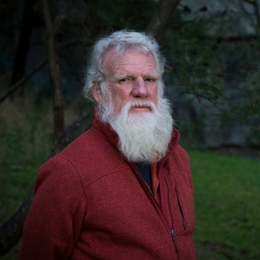 Bruce Pascoe is a Bunurong, Tasmanian and Yuin man born in Melbourne who grew up on a remote island in Bass Strait and had a joey and a dog as pets. He lives in Gipsy Point in Victoria, where he has two children, three grandchildren and two dogs, Yambulla and Wangarabel.

Bruce’s books for children include Foxies in a Firehose (2006), Seahorse (2015) and Fog a Dox, which won the 2013 Prime Minister’s Literary Award (YA Fiction). His children’s book, Mrs Whitlam (2016), was shortlisted in the Children’s Book Council of Australia’s (CBCA) 2017 Book of the Year Awards in the Younger Readers category.