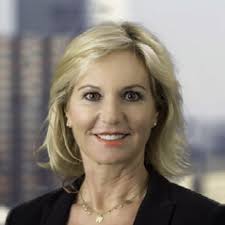 Chairman of the Board

Cheryl is also immediate past non-executive Director on a number of boards including the Australian Broadcasting Corporation (ABC), Spark Infrastructure Ltd, and South Australia Power Networks.

Also an ambassador for the Peres Centre for Peace, and a Patron of SportsConnect. Immediate past Chairman of ANZ Trustees Ltd, South Australian Film Corporation, Adelaide Film festival, and the Foundation for Alcohol Research and Education (FARE). In 2008 with daughter Nikki, made history when we became the first-ever mother-daughter team to reach the summit of the world’s tallest mountain, Mt Everest. Upon reaching the top, we also became the first mother-daughter duo to complete the Seven Summits: the highest peaks of every continent in the world.