Serwah Attafuah is a multidisciplinary artist and musician based on Dharug land/West Sydney, Australia. She creates surreal cyber dreamscapes and heavenly wastelands, populated by afro-futuristic abstractions of self with strong ancestral and contemporary themes.

Serwah has collaborated and been commissioned by clients including Mercedes Benz, Nike, GQ, Adobe, Paris Hilton and Charli XCX. Recent notable achievements include her participation in Sotheby’s ‘Natively Digital’: A Curated NFT auction and ‘Apotheosis’: a live motion capture experience with Soft Centre at The Sydney Opera House. 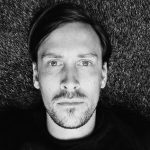 Matt Hermans is a young veteran of the advertising industry in Australia. Covering the gamut of TVC, Film and installation mediums he has a wide base of experience over the past 17 years. During this time he developed dangerously futuristic workflows waiting for technology to catch up to his vision.

Matt is the designer, the conceiver of this project. A master technician but also an artist – a Digital Creative who understands the canvases of tomorrow.

Considered by many to be Australia’s foremost XR and Virtual Production specialist he understands every aspect of creating immersive environments, having been taught Photogrammetry as a child by his father.

With a strong background in the technical aspects of VFX developed while at FuelVFX, Alt and WETA he started The Electric Lens Company in 2016. Since then ELC has been at the forefront of Virtual production, collaborating on a number of projects using VR driven workflows designed to put the artist above the technology and decision making at the forefront of the process.

He has exhibited his VR experiences to thousands of people from Vivid @ Sydney Opera House to the North American International Auto Show. A true XR specialist Matt’s work has been output to iPads, theme park motion rides and everything in between.

Matt has a vision of the ‘electric dream’ – that which aims to deepen the connection between the artist and the audience by engaging the mind to create its own art within. Over the past couple of years he has finally met with this intersection of VR and VFX.

Combining the highly technical discipline of high end VFX and ground-breaking game engines he is smashing these together to form ‘photo-realism on a real-time budget’ pioneering a new area of immersive storytelling. http://electriclens.co/