Stella Young is a comedian, disability advocate and Editor of ABC's Ramp Up website, the online space for news, discussion and opinion about disability in Australia. Born in Stawell in Western Victoria, Stella cut her activist teeth at the age of 14 by conducting an access audit of shops on the local main street. It didn't take long – it was a pretty short street. Since then she has been active in the disability community in a variety of roles, including membership of the Victorian Disability Advisory Council, Ministerial Advisory Council for the Department of Victorian Communities and Women With Disabilities Victoria. Stella was a two-time state finalist in the Melbourne International Comedy Festival's Raw Comedy competition; and has hosted eight seasons of Australia's first disability culture program No Limits. With a strong interest in issues facing women and young people with disabilities, Stella has worked with the Youth Disability Advocacy Service to establish the LiveAccess project, advocating for better access to live music venues. She holds a degree in Journalism from Deakin University and a Diploma of Secondary Education from the University of Melbourne. 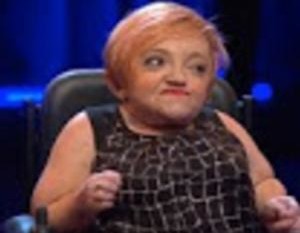 Comedian Stella Young spoke in session one – "Passages" – at TEDxSydney 2014. With her signature deadpan wit, Stella articulates what she sees as the fatal flaw in the...