How good are YOU at remembering someone’s name? What’s in a name? Does it matter?

With names, the problem is that they are usually arbitrary. The fact that you met someone on the sideline of a soccer field means they probably have a child the same age as yours, likely lives nearby and might have a job common to people in your area. All those elements create a reasonable picture of that person, except none of these clues offer hints about their name. According to Psychologists, the structure of memory explains why you can often recognise a person’s face and even come up with other details, such as where and how you met, but the name remains elusive.

So, can this help explain why we appear to be better able to recall the name of a famous MALE person more than a FEMALE, broadly speaking? Have we been better at promoting the achievements and names of males in public than that of females? On reflection, whilst I have not personally met many well-known, high achieving, male figures, I do seem to be able to remember their names much more than those of the opposite gender. I can only put this down to having been exposed to them through popular culture. More than prominent female figures.

Well with the fusion of technologies that is blurring the lines between the physical, digital and biological spheres, new opportunities, new touch points, new ways of seeing the world are on offer.

The outdoors has always been close to my heart as I feel it opens up new possibilities, new encounters and this does not always have to be found in the rugged, expansive, wilderness areas of our precious world. This can also be found whilst walking along city streetscapes. The important thing here is that it’s outside, it’s an opportunity to afford us space, space to think, reflect and ultimately, connect. Space is a celebration of both equality and expression but it seems we have not been the best at recognising this affordance.

In 2019 Australia’s leading operator in outdoor advertising (think billboards and bus shelters) oOh! announced their partnership with the National Gallery of Australia (NGA) to display works by women artists in a nationwide outdoor art event, giving the campaign a powerful platform to amplify the artworks beyond the walls of the gallery to people all around Australia and support the gender equality conversation. Together with NGA, over a six-week duration, oOh! brings to life the nation’s largest outdoor art event, using their network of assets to drive awareness.

With oOh! being at the forefront of creating deep engagement between people and brands through unmissable location-based media solutions and the National Gallery’s new mission to lead a progressive and inclusive cultural agenda, Know My Name is a celebration of the significant contributions of Australian women artists aimed at connecting and influencing audiences anytime and anywhere. An initiative that aims to increase the representation of artists who identify as women and enhance understanding of the contributions they have made and continue to make to Australia’s cultural life.

oOh! media’s Chief Content and Creative Officer, Neil Ackland said “We are incredibly proud to be partnering with the NGA and playing our role in sparking a vital conversation around gender equality, captivating and educating Australians far and wide. The Know My Name campaign showcases our aspiration of making public spaces better, and truly illustrates the power of oOh!’s network.”

A global movement to increase representation of women identifying artists is upon us. A movement that builds on the work of groups supporting gender equality across the arts including Countess, Sheila Foundation and the #5WomenArtists campaign by the National Museum of Women in the Arts in Washington, DC.

Out of a total of over 13,000 artists, across 184 organisations, the latest Countess Report reveals significant gender equity gains across public galleries, artist-run initiatives, major museums and university galleries, biennales, commercial galleries and contemporary art organisations. The movement has well and truly begun!

My name’s James. What’s yours? 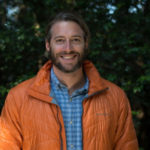 James MacDiarmid Educator by trade, storyteller by heart, with a passion for science, communication, lifelong learning and... View Profile

Education in the age of COVID: Win, lose or draw?

Often when I sit down to write, I manage to write quite freely, however I don’t think I've ever questioned myself more than when it came to...

The TEDxSydney ‘AHA’ moment you need to know about

There I was sitting on the commuter train from Wollongong at 6am wondering what type of experience I was about to have in attending this year’s TEDxSydney...

Can learning from the past better prepare us for the future

I’ve now been on Earth for 36 years and though I walk on it like each day is my first, I often find myself walking backwards, toward...