At TEDxSydney 2016, we are celebrating the power of home cooking around the world, and we are encouraging not only the sharing of food, but also the sharing of the stories behind the food. It’s not just your belly that can be satisfied when sharing food across the table, you can feed your mind and creativity too.

Food is so much more than fuel. Whether it’s cooked, boiled, baked, grilled or consumed raw, food—in its many shapes and forms—has always had a way of bringing people and communities together. In many cultures the kitchen is at the centre of the home and each home cook has his or her own recipe.

Take Persian cuisine and culture, for example. So entrenched is home cooking in Persian culture, that the making of traditional rice or pilaf—the pillow to so many traditional Persian dishes and stews—is considered an art form in many households. To this day, Persian home cooks pride themselves on the perfect platter of light, fluffy steamed rice, which is mounted over a layer of tahdig—a surprising, golden, buttered rice crust, a crackling of sorts. Undoubtedly, it’s a powerful dish.

Chef, presenter and food writer, Lucinda Scala Quinn, sums up the power of home cooking quite nicely, suggesting that the dinner table is, “the one place you can have an impact on the physical, spiritual and emotional wellbeing of a human being.”

In her TEDx talk, Power of Home Cooking, Quinn challenges the notion that it takes a village to raise a child, when “really, it takes a dinner table”. This is especially true when food is immersed in the culture in some way.

Amazingly, many of the recipes—which are common in Persian households today—date back hundreds of years from the height of the Persian empire. The centuries-old culture of eating on the floor around the sofreh, essentially a table setting where the food is spread over a jewelled cloth, is also still in practice among Persians in Iran and abroad, especially when it comes to larger gatherings. While there isn’t a plethora of historic evidence or text on Persian cuisine, each home cook is confident that the meals in which they prepare are inspired by, or even exactly the same as, the meals that would’ve featured in the lives of their mothers, grandmothers and their grandmothers before them.

In Buddhist Sri Lankan culture, certain foods have spiritual connotations. For example, one of the most significant Buddhist offerings in Sri Lankan culture is Kiribath, which is essentially a delectable coconut milk rice that is typically enjoyed during breakfast. It’s a simple dish, yet in local culture, the boiling over of milk is considered a sign of prosperity, thus the food is no longer viewed as basic nourishment but something that ties the people with their culture.

Everyone’s food story and journey is unique. For some people, it’s as simple as the fond memory of helping Mum or Dad with a favourite recipe during Christmas, or discovering Grandma’s battered hand-written cookbook in the family home.

In this case, and in so many other examples from around the world, it’s the cultural significance of, and story behind, the food that makes it so powerful in bringing people together.

And as Lucinda Quinn would argue, if you don’t have any fond food memories, then go on and create some! It is only when we go beyond the view of food as simple nourishment, and use it as a vehicle to continue traditions and connect with others, that we create new memories and meaningful relationships.

Food author and activist Michael Pollan points out that while food has the universal ability to connect us, what sets us apart from other species is in fact our ability to cook. For him, it is the cook who holds a special place in the world, connecting nature and his or her environment with culture. Cooking, he argues, does so much more than nourish, it connects us.

It’s a theory that strikes to the very nature of humankind itself. For example, if one of the purposes of life is to pass on knowledge, then it could be said that passing down recipes, and importantly, the stories behind them, is for the good of future generations. In the same way our genes are passed down from one generation to the next, recipe hand-me-downs are simply our way of feeding humanity as a whole.

In his TED Talk, A plant’s eye view, Pollan builds a compelling argument that this Darwinian theory can be extended to other species, not only the human race, and he looks to his garden to make this point:

“You know what a lima bean does when it’s attacked by spider mites? It releases this volatile chemical that goes out into the world and summons another species of mite that comes in and attacks the spider mite, defending the lima bean. So what plants have — while we have consciousness, tool making, language, they have biochemistry.”

According to Pollan, plants are far more sophisticated than we realise and have been evolving just as long as we have, albeit “along different paths”.

So, regardless of species, a human, an animal or a plant, it seems we are all in this food journey together. 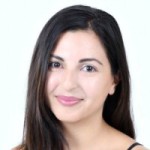 Mahsa Fratantoni is a freelance writer, editor and communications specialist based in Sydney. She has a keen interest in women's wellness and public... View Profile

Vincent Yeow Lim was the kid doing his homework at one of the tables in his dad's Chinese restaurant. Now a restaurant owner himself, he asks why Chinese food...

Share The TEDxSydney Food Experience With Our Community-Sourced Recipes

'Food brings us together' is the underlying theme of the TEDxSydney 2016 food program. The program celebrates home cooking, the sharing of traditional family food and recipes, as well as...

One of the driving themes behind TEDxSydney 2016 is ‘together’ – and this is reflected not just in the collaborative nature of many of the ideas presented on stage,...

TEDxSydney 2015 invites you to be a rebel and change your perceptions of food waste. Use the whole crop and yep, that means the beautiful, the bruised and the plain...

Waiter, there's a fly in my soup

So commodious and pleasant are the living quarters at The Edible Bug Shop’s  bug farm at Sydney’s Wetherill Park, even your everyday household pest is looking to take...

We’re talking rubbish. Not gibberish, but garbage, refuse, waste, whatever you want to call it. The stuff we put in the bin. There’s a saying, ‘One man’s trash is...

Discrimination can be found many places, but it’s a hard stretch to think it’s a practice that is alive, well and flourishing in the greengrocer. The practice is rife. Australian...

The food at TEDxSydney has a global reputation – and it's well deserved. The thought and care that goes into curating the nosh that is served throughout the day...

Target 100, in conjunction with TEDxSydney, invited two people to a remote cattle station in the Northern Territory. Watch their journey as they discover the innovation & technology behind...

A short documentary that follows the challenges of attempting to feed 2,200 people in the Sydney Opera House audience of TEDxSydney 2013 using only home grown & locally grown food. Produced...

Tasty Video Bit made for TEDxSydney 2013. Video by Paper Moose.