When Brian Osterio stepped onto the stage at  TEDxSydney 2018 he was worried. Would anyone want to listen to an old guy talking about retirement? Turns out they did. The TEDxSydney audience listened to Brian and six other passionate presenters and awarded Brian the winner of Fast Ideas 2015.

Fast Ideas is in its third year and going strong. Members of the TEDxSydney community are invited on stage to pitch a great idea to the audience in 30 seconds flat. No slides, no razzamatazz, just the pitcher and the crowd. It’s raw and exciting stuff and a simple and beautiful way to start making change happen. You can pitch your great idea on stage at TEDxSydney and reach 40,000 people in one fell swoop. If you fancy having a go, check out the how-tos here. This year’s applications are open now until 12 May 2020.

We caught up with Brian to ask him about the Fast Ideas experience and where it’s taken him.

What was your Fast Idea and where did it come from? Was it an epiphany or a slow burn?

My idea to ‘rebirth’ retirees came quickly, but it was part of a process. When I was finishing up my professional work, I thought long and hard about how to transition to retirement. Even though I had a strategy that seemed pretty sound, straight away it felt clear that I was spending too much time observing things, like sports and theatre, and not much time participating.

I’m a keen swimmer and very much engaged with that community. What I noticed was, there was a real gap in services to teach adults and people with special needs how to swim. I recognised I could do something to fill this gap. I could help people, doing something that’s socially useful. So I ‘rebirthed’. With a partner I set up a swim school. I reinvented myself as a swimming coach for adults and people with physical and intellectual disabilities. I loved it. And it seemed obvious to me that other people would love to do their own version of this. Their own ‘rebirthing.’

There’s something incredibly satisfying about stepping up into new roles, creating opportunities for social enterprise. When I gave the pitch, the stats were something like 86000 people in NSW retiring over the year. That’s a huge resource of people willing to engage with their communities and ‘rebirth’ to make a needed contribution.

The TEDxSydney Fast ideas was a great platform to lay this idea out. So I submitted my idea and I got selected to pitch on stage.

How did you prepare for the pitch? What advice do you have for anyone pitching in Fast Ideas 2020?

It’s not easy getting a big idea into 30 seconds, but you don’t have to do it all alone. Everyone chosen had the opportunity to get together as a group and talk through their ideas. We helped each other, we didn’t feel like rivals. We also got some great feedback from Sinéad McDevitt, the curator of Fast ideas, and Oliver Damian, who won in 2014. Developing the language and pace of the pitch was easier after that session. You have to distill it down – you get all the nuances across in the time available. No waffling, you’ve got to be really economical.

There are differing theories about where to put the idea – at the beginning, the middle or the end. I’ve thought a lot about this and I think you give yourself the best chance if you put it up early. It’s a good discipline and it forces you to have clarity.

Once you know what you want to say you need to practise. I wanted to memorise my pitch so I could maximise my chance to communicate with the crowd. I recorded myself delivering the pitch on my iPad. I practised in front of the cat. VIVID was on at the same time, so I went into Martin Place and practised under the bright lights in front of a bemused crowd. I felt confident I‘d memorised it and that I wouldn’t get distracted.

For anyone pitching this year, I’d offer these final thoughts. Bond with the TEDx team and your fellow presenters, craft your pitch so you can stay within the 30 seconds, and show your passion for the idea. That matters a lot.

What was it like on the day? How did it feel to be up on stage pitching to the crowd?

We got a chance to stand on stage in the break, so we could familiarise ourselves with what that would be like and get centred.

There was a real buzz backstage from the morning presentations. The paralympian Dylan Alcott had just been up, and Julian Burnside had just got a standing ovation. There was a strong feeling of camaraderie amongst us all, and I remember being struck by the strength and diversity of our ideas. I was nervous and very excited.

Julian Morrow was introducing us. When he was warming us up he asked me what I did to prepare. I said ‘Mogadon.’ I didn’t realise that my voice activated the 30 second timer, and Julian teased me for buggering it up. In a way that exchange was kind of relaxing.

Because I’d memorised what I was going to say, I got to enjoy the experience of engaging with the audience. It was fun.

And you won. What opportunities has Fast Ideas created for you and for this idea to evolve? What has happened to your idea since your winning pitch?

Good projects come from physical communities and communities of interest. When these communities identify gaps to be filled they can throw up lots of opportunities for new initiatives resourced by retirees. In NSW there are local government and community organisations achieving world best practice in community development. The challenge now is to spread those models.

In the volunteering sector there’s some great work happening too, including making provision for people to volunteer in exchange for time banking. In the future maybe there will be scope for public policy that enables retirees to register their skills, interests and ideas when they become a ‘senior.’

And where are you at now, as a ‘rebirthed retiree’?

I love what I do. The shift is all about scale. Instead of dealing with procurement and asset management and six figure budgets, I’m teaching people to float high in the water. I’m listening to their stories and understanding where they are coming from. I’m watching them blow bubbles and kick and teaching them to engage their core. I work on a very human scale and every day feels rewarding. My fast idea has worked for me, and increasingly it’s working for plenty of others too.

Artwork for TEDxSydney by Brook Wells. 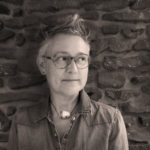 We had all just piled into the ICC for the start of TEDxSydney, where Wiradjuri elder Yvonne Weldon of the Metropolitan Aboriginal Land Council gave a warm and moving...

From your fridge to your toothpaste tube, from your smartphone to your KeepCup - plastics are everywhere. Breaking down into tiny micro-particles and creating waste that collects in waterways,...

David Power can trace his love of fish all the way back to weekend family trips to the Brighton Sealife Centre in the UK. At 14, David was hooked...

Tom Griffiths is the most calculating man you’re ever likely to meet. And he wants to help the rest of us become more calculating too. Here’s how...