The past six months have challenged us, made us question our sense of place, our trust in societal systems and even trust in justice. These struggles have been all encompassing for many of us, so we need to stop and celebrate the wins. One win in particular for Marque Lawyers is proving to be an inspiring example of what lawyers can do to advance social justice. Lawyers, advancing social justice? Not what you’d think of when thinking of a typical law firm right? Finally, lawyers who get it.

For the last two years, Marque Lawyers, in partnership with news.com.au and EROC, under the #LetHerSpeak campaign has worked to overhaul the gag laws that prevented victims of sexual assault in the Northern Territory, Tasmania and Victoria to self-identify in the media. These laws also extended to journalists who named survivors – even with the victim’s full consent they could face up to six months in jail and heavy fines. This prohibition is damaging to the victims, taking their agency away and instilling a sense of misplaced guilt. All other states and territories have an exception where the victim can give their consent to being identified.

The campaign began back in 2017 in Tasmania, when child sexual abuse survivor Grace Tame decided to tell her story and contacted journalist Nina Funnel. She was prohibited from using her real name as it was against the law. At that point she decided, with the help of Marque Lawyers and news.com.au, to take the case to the Supreme Court. The #LetHerSpeak campaign was subsequently launched in November of the following year.

The campaign went viral, with thousands signing a petition and support flooding in from celebrities, resulting in Tasmania’s Attorney General, Elise Archer announcing that a Bill will be drafted to amend the gag law, known as Section 194k of the Evidence Act. This sparked the official launch of the campaign in the Northern Territory.

This year, the campaign made some progress, Michael Bradley, Marque’s Managing Partner says: “The campaign has been remarkably successful. It triggered reform inquiries being launched by the Attorneys General in Tasmania and the Northern Territory, resulting already in permanent reform of the law in NT and Tasmania. In the meantime, Victoria had amended its laws actually making the situation worse for survivors, so we are now heavily focused on fixing that as well.  We are very confident of achieving success, so that every jurisdiction in Australia will no longer have archaic laws that prevent or restrict the ability of victim-survivors from taking control of their own stories and deciding for themselves if, when and how they are told.”

So, where are we now? Victims and survivors in the NT and Tasmania can be identified with no need to get a court order; yet in Victoria, the law still prevents identification without a court order.

Marque Lawyers started 11 years ago with the desire to marry their love of the law as a discipline with the original purpose of law, as a tool for social good. They focus particularly on human rights, which is their passion and the field in which they believe they can make the biggest difference. Doing this while running a for-profit commercial law firm hasn’t been as hard as it might sound. Their impact on the  rights of victims of sexual assault has been substantial already, as we look forward to all gag laws being eventually lifted. 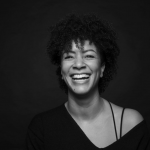 Siona is a Mancunian strategist and digital native with experience spanning across advertising, creative and social media. She provides thought leadership, strategy and human... View Profile

How green is your coffee cup? When you order a cup of coffee from your favourite spot, do you ever question how good it is for the environment? Perhaps not,...

Three Things Eddie Jaku Can Teach You About Living in 2020

TEDxSydney 2020, with its virtual platform and giant Wall of Faces was a fresh new approach that brought with it fresh new experiences. There was something quite...

Exploring the Art of Photography

Eugene Tan, the man behind Aquabumps, has seen it all and from every angle. From humble beginnings with a group email that evolved into a Bondi gallery...

We’ve been reminiscing about the times we've had together. About suburban and metro adventures, about air guitar, ecstatic fist pumping and off-beat shuffles. Ours was and...

On the corner of Bedford and Station Street in Newtown in Sydney’s inner west lives hope in a small wooden cupboard. On a passing glance, it doesn’t...

When One Door Closes, Take a Doortrait

In this, our new self-isolated world, now more than ever we need to be reminded of things in the world that are beautiful, creative and well, just...

Unlearn un/ləːn verb: To make an effort to forget your usual way of doing something so that you can learn a...