We are excited to introduce the film program for 2022, which will be showcased during TEDxSydney 2022 on 5 August at Sydney Town Hall.

The TEDxSydney 2022 Film Program inspired filmmakers across Australia to tackle the theme, IMPRINT.

“It is a real privilege this year to work closely with an extraordinary bunch of filmmakers. From emerging talent to an accomplished feature director, they all bring to the TEDxSydney stage and screen, insightful, beautiful and surprising viewpoints on our 2022 theme of IMPRINT.” – Peter Cramer, TEDxSydney Film Curator 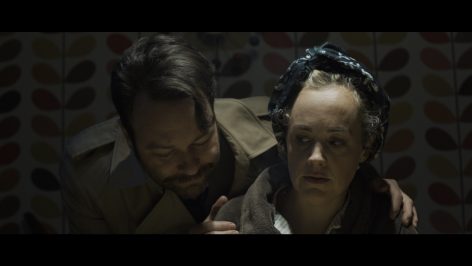 In a seemingly picturesque piece of 1940s suburbia, a man receives a grim portent of his future from a television comedian, and faces the wrath of his long-suffering wife. A scattered, philosophical look into the moment an Indian migrant living in Western Sydney receives news of her husband’s death. A couple travels to picturesque locations around Sydney and surrounds in search of the right place for a mysterious purpose, but they can’t seem to find the perfect place. GUARDIANS OF THE RIVER

Activist and local environmental defender Manu Peni travels down the Sepik River in Papua New Guinea to raise awareness against the Frieda River mine. If the mine goes ahead, it could spell the end to one of the world’s last remaining great river systems.

WHY DO I STAND HERE?

Can an illness be the numbing medicine to the painful loss of love? When two hikers discover a metaphysical ball of waste in the forest, they are transported through time to get a glimpse of what brought us here… to a place where over consumption and excess waste has become the norm.