Months of preparation, hours of perspiration, and many beautiful ideas to bind it all together – 2019 TEDxSydney event has surely left a lasting impression and lived up to its title – “Legacy”. In these passing moments of forced stillness, we all sat with bated breath to watch 20 brilliant speakers reveal to us the simplest of truths: what is the power of resilience, how to make a difference, and why life matters despite (or maybe – because of) all its trials and tribulations. As TEDx community, we shared many life-affirming moments throughout the day – some tears, some laughs, and some ‘a-ha’ realisations.

Here is a list of the 6 most powerful TEDxSydney ideas that will guide you through this year.

For the first time in TEDxSydney’s 10-year history, a speaker couldn’t be present at the event, but his pre-recorded speech was broadcast to an audience of 5,000 people through the power of multimedia.

Kurdish-Iranian journalist and refugee Behrouz Boochani is currently one of the most famous writers in Australia, his book No Friend But the Mountains awarded the prestigious Victorian Prize for Literature. Yet he made us all feel uncomfortable in our cosy, plush seats at the Sydney’s International Convention Centre. And we needed it.

“Refugees… We are reduced to a simple picture. But we are human, we exist and we are suffering,” he said, his voice multiplied by the power of 5 gigantic screens.

His writing, he added, was an act of resistance, the only way of fighting for the rights of refugees still detained on Manus Island.

“Hello, dear friends,” said Eddie Jaku, a 99-year-old the Holocaust survivor after he came up on stage, and when he told us to simply be happy with what we have, we all cried the happy, enlightened tears. As the self-proclaimed ‘happiest man on earth’, he made it his life purpose to smile every day, and to spread the idea that most of the Buddhist masters agree with – that we need to find contentment and happiness in the smallest of life forms. His speech about the horrors of WWII and how it has shaped his positive worldview made us rise to our feet in applause.

Tom Nash is an Australian music producer and public speaker who as a teenager suffered an illness that left him with terrible face scarring and caused the amputation of both his arms and legs. But you would be surprised if you thought that his was a sob story. One of the most popular Sydney DJs, making waves in the clubs and at the festivals, he taught us the powerful lesson in resilience and resourcefulness.

His final words sounded like a powerful mantra: You are just a blip on the universe’s timeline. Act accordingly. So when a pirate tells you that, you must obey, right?

When a humble Melbourne dentist Sharonne Zaks walked in front of the TEDxSydney audience, seemingly suffering from a bout of stage fright, we all empathised. And then we saw the true face of compassion. Throughout her years of dental practice, Zaks realised that for sex abuse and trauma survivors going to the dentist can be extremely triggering – as being strapped in a chair without the ability to move or talk amplifies a feeling of powerlessness. So she became an expert in a budding new trend – the mindful health practices – by creating a series of free video resources that help to train dentists all over the world. These simple but powerful tools allow dental practitioners to treat their patients with the gentle compassion they deserve.

Afghan refugee Hedayat Osyan was 17 when the Taliban attacked his village and he had to flee. After making it to Jakarta, he realised that he’d have to wait many years in limbo before his refugee status would be processed. So, he made a difficult choice – to follow his dreams by attempting a risky boat journey to Australia. There his life took a new and exciting shape, taking him from the detainment on Christmas Island, through graduating from a Sydney university, to owning a successful construction business. His tiling company, Nick Tiling Services, currently employs 15 refugees, who are paid well and treated respectfully.

Osyan left us with a simple question: Everyone needs inclusion. So if a refugee like me can help another refugee, why can’t you?

Sustainability and a genuine care for the planet were truly honoured throughout the event – from the general consensus of using only reusable coffee cups, the organic and sustainably sourced food options to various workshops and discussions on how to make eco-practices (recycling, DIY) more prevalent in our lives.

But then we were shown how to not only “talk the change”, but also “make the change”. Eco-entrepreneur Kim Graham-Nye explained her solution to the millions of used diapers ending up in landfills every day, and all the eco-savvy parents sick with everyday guilt for polluting the planet could breathe a sigh of relief (myself included).

So, TEDxSydney, thank you for this year’s deep dive – and I hope these powerful messages move you, as they did me. 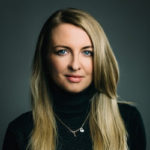 Alex Reszelska is a Polish-born, Oxford-educated and now Bondi-based writer, storyteller and Japanologist (yes, that is a thing!). As a self-professed spirituality junkie... View Profile

Towards a Homebody Economy

This post-lockdown festive season is going to be different. And it's not such a bad thing. It's hard to refrain from using the C-word this year, so I'm...

Live anywhere. Work anywhere. Is this the future of work?

Imagine that your daily commute is the distance between your bedroom and your living room. The kitchen is your lunch space, and your partner - your favourite...

Stories are our windows to the past, snapshots of the present, and glimpses into the future. From “Game of Thrones”, “Big Little Lies”, and “Real Housewives” to Gogglebox –...