You can’t deny that single-use plastics are fast-becoming the enemy to our modern day society. From grand-scale companies down to the local coffee shop, it’s an environmental responsibility that can no longer be avoided.

Businesses are now being urged to step up their game and set the standard for eco-friendliness because if they don’t, consumers will simply turn away.

One such brand that has taken this responsibility further than the rest is TEDxSydney event partner, Globelet.

Founder Ryan Everton came up with the idea after realising the overwhelming amount of cups he had consumed during a rugby game. Four years later, Globelet is now involved in some of Australia and New Zealand’s largest festivals and major sports events where people have no problem participating in the initiative and developing new habits.

The concept works like this – you put a deposit on a cup for $3, fill it up and then either return it for a fresh one, get your deposit back or keep it.

Made from virgin and recycled plastic and distinctly unique cup designs, Globelet reuses over five million reusable cups. Not to mention, twenty million cups have now avoided landfill because of it.

In 2014, eco-conscious arts and music weekend Splore was the first New Zealand festival to use the Globelet. Recently named one of the world’s 36 greenest festivals, the move saw Splore reduce its 55,000 compostable one-use cups to 11,000 reusable Globelet’s as a result. Australian Festivals including Woodford Folk Festival, Sydney Festival, and sporting events including the NRL have also started partnering with Globelet.

It’s this kind of model that is rapidly inspiring other businesses to adopt the same behaviour. As Ryan was told by Steve Jobs right hand man, ‘anyone can sell things. But with the same amount of investment, energy and time you can build something hard and remarkable that changes the world, makes it better and makes an impact’.

From in-house recycling and washing systems, to the packaging of products and sustainability policies – there’s no limitation to eco-friendliness when you decide to be creative about it.

This year’s TEDxSydney will be the first zero-waste conference in Australia and will showcase the Globelet washing system and whole product life cycle in action. We hope to see you there, Globelet cup in hand. 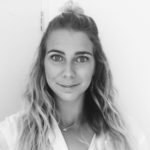 Karla Daly is a writer and studying counsellor based in Bondi. She is the Barista Editor over at Meet the People and creator... View Profile

Is chronic thinking harming or healing us?

The art-form of thinking has enabled humankind to uncover information we never thought was possible. But when information is readily available to us 24/7, is it causing us to...