Do you say what you meme? No that’s not a typo, I really mean “meme”. In our modern world, full of smartphones and social media, we’re communicating at the speed of lightning, and the meme is our preferred way of connecting.

In a world full of distractions, we’re fighting for space with attention spans that continue to shrink across generations. The mantra of our generation might as well be “Get to the point already”. So the power of an emotive visual matched with simple words is how Memes are winning our attention.

A Meme (or GIF) instantly communicates what you mean, whether it’s to make a joke, a point or a connection with somebody. Images are a universal language, and according to the Visual Teaching Alliance:

Going a step further “Our brains are set up in such a way that visual stimuli and emotional response is easily linked, and together the two form memories.”
Think back to the memes you’ve shared to express how you felt about something. The fist pump baby when you achieved something, or the grumpy cat when you didn’t. Memes liberate you to communicate how you really feel, using tongue in cheek humour and emotion as a shortcut instead of writing it out fully.

The history of Memes

Richard Dawkins coined the word “meme” in his 1976 bestseller The Selfish Gene. Meme also comes from Greek mimēma ‘that which is imitated’, Oxford Dictionary

When asked how he felt about his word being reappropriated by the internet, he stated

“The meaning is not that far away from the original. It’s anything that goes viral… I did actually use the metaphor of a virus. So when anybody talks about something going viral on the internet, that is exactly what a Meme is.”

It’s amazing how an image can resonate with so many people, across cultures and be reappropriated in so many different ways. You only have to search for “Grumpy Cat”, the sheer scale of the number of images and text combinations is impressive.

Are Memes an authentic means of connection?

Memes aren’t Shakespeare, but by exploring the evolution of language we can take a deeper look into how modern communication affects how we connect as humans.

Are Memes dumbing down how we communicate with each other to the lowest common denominator? Or in the age of technology are we feeling as unconnected as ever, and by using Memes we find a way to reach across the chasm to connect and make someone else feel what you feel?

There is disbelief in online connectivity, but our phones give us a voice. In her 2016 TEDxSydney Talk, Bridianne O’Dea asks, Is your Phone Bad for your Mental Health? But existing in an entirely digital world, we can use technology to improve our mental health, by their ability to connect us to what we need.

In my humble opinion Memes are an authentic means of connection and while not fine art or prose they have their own special place.

What does that mean for how we connect in the future?

Humans have been talking via computers for 50 years now, but we’ve been communicating with images for 40,000 years. Technology has connected us 24/7, sometimes to the exclusion of interactions IRL(in real life).

In her 2015 TEDxSydney talk Beyond Screens by Tea Uglow talks about what the Internet and communicating without screens could look like. How we’re not addicted to our devices, but the information that flows through them. Memes are part of that information.

What would life be like without Memes? The internet would be a lot less vibrant, that’s for sure. We reach out, empathise and connect using them uplift and entertain each other.

So go ahead, say what you Meme, why not add to the fabric of human connectedness: https://imgflip.com/memegenerator 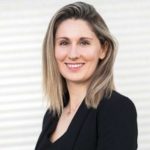 Susie is Irish, living in Sydney since 2013. As a Digital Marketing Specialist, she is a creative communicator passionate about crafting shareable, valuable... View Profile

Buttering you-up at TEDxSydney Online in 2020, Pepe Saya has been churning up a storm since 2010 with their first block of...

The best video streaming tips in a virtual world

The problem? Getting video streaming right The live streaming industry has grown by 99% between April 2019 and April 2020, according...

TEDxSydney was one of the 484,000 business events staged in Australia last year. But cut to 2020 and large scale events were one of the first to stop thanks...

Which industries are thriving thanks to COVID?

The COVID-19 pandemic has been the ultimate 2020 disrupter. The world as we know it has changed, maybe forever, leaving no industry immune. Our attention has shifted too along...

As our nation starts to peer over the horizon of what may have been the peak of coronavirus in Australia (but I dare not speak too soon)...

How to have a real conversation…

Are you really listening or just waiting to talk? Waiting for a pause in conversation just so you can speak is not a conversation. A conversation is...

Keeping it real in an increasingly digital world

We all love to show off how well we’re doing, whether it’s with an endless feed of oh so perfect pictures on Instagram or Facebook. But is...

Has time become our greatest resource?

Over the years our parents, teachers, or mentors have spoken these words, in some form or another… “Money isn’t the most important resource, time is.” And...

Does being a better listener make us a better human?

There's no question, we live in a very noisy world, full of unrelenting waves of ads, stories, music, voices and loud material continually bombarding us. And, it's not just...

How curious businesses stay ahead of the curve

In our fast-paced modern world, with the next ‘new’ start-up continually challenging the norm, innovation is key to keeping pace, and standing still, means you get left...