Fenella Kernebone chats with Lighting Architect, Mark Major. Mark Major trained and practised as an architect prior to focusing on the unique relationship between light and architecture. He has worked on a wide range of award-winning international lighting projects including the Millennium Dome, Zollverein Kokerei, Beijing International Airport, and the re-lighting of the interior of St. Paul's Cathedral. He is currently the lighting master planner for the Barangaroo development in Sydney. Mark is a specialist in the field of urban lighting and was named as part of Monocle's urban 'Dream Team' in July 2013. He also acted as the Lighting Design Advisor to the Olympic Delivery Authority for London 2012 and was appointed to the Mayor of London's Special Assistance team for the Outer London Fund in the same year. With an active interest in architectural and lighting education Mark has lectured extensively in the UK, Europe, Scandinavia, US and Australia. He was the co-creator of an educational project 'Made of Light – the Art of Light and Architecture'. Mark is a corporate member of the Royal Institute of British Architects and the International Association of Lighting Designers and a Fellow of the Royal Incorporation of Architects in Scotland. He was created a Royal Designer for Industry in 2012. 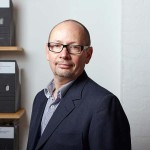 Mark Major trained and practised as an architect prior to focusing on the unique relationship between light and architecture. He has worked on... View Profile

In this illuminating talk Mark Major shows why, with urban lighting, often less is more. Mark Major is an architect and lighting designer and a Director of the...

In this persuasive talk, Nicole Gurran explains why wealthy nations like Australia face crisis levels of housing inequality. She argues that the solutions lie in a rebuild of social...

Eccentric Engineering: Thoughts for the Anthropocene

Tega Brain is an artist working at the intersection of art, ecology and engineering. Creating eccentric engineering, her work reimagines quotidian technologies to address and reveal their politics. Her...

Giving shit back its good name: Tales of an international turd tosser

The king of the compost toilet, Hamish Skermer knows a thing or two about how to deal with human waste. The Australian entrepreneur invented his own environmentally friendly dry...

Did you know that one and a half billion more people own a cell phone than have access to a toilet or running water? In this thought-provoking...

What do we think of when we think of art? Is art just to be seen in hanging in gallery spaces in the city centre of Sydney? Natalie asks...

As Director of Design & Urban Environment for the City of Melbourne with nearly 40 years experience as a practising architect and urban designer, Rob has produced a large...