In his early twenties, Australian geneticist Monkol Lek was diagnosed with muscular dystrophy. His motivation to better understand his disease and find treatment for rare disease patients sparked an incredible personal and scientific journey in the era of genomic medicine. His story spans three continents over three decades and required major scientific advances at each stage. Monkol is an Assistant Professor of Genetics at Yale University. He leads a research group focused on researching the genetics of Neuromuscular diseases and development of therapies.

He trained at the Broad Institute and Harvard Medical School developing resources and methods to improve the genetic diagnosis of rare diseases. The includes building a resource that has been accessed over 15 million times by rare disease researchers. He still calls Australia home and owes his success and strong work ethic from being raised as a Cambodian refugee, the youngest of seven children and educated in the public schools of Blacktown in the western suburbs of Sydney. 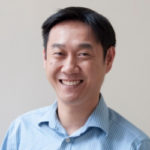 Monkol is an Assistant Professor of Genetics at Yale University. He leads a research group focused on researching the genetics of... View Profile