Mahmood Fazal, an Afghan-Australian writer examines what drew him as a young man to a life of violence. Once a high ranking member of an outlaw motorcycle club he explains that “it was only when I left that world, that I could see violence for what it is and what led me, as a young Muslim man, to it”. In this personal and moving talk, he challenges our understanding of the roots of crime and radicalisation, sharing his four defining moments in a life of violence. From biker gangs to prison, Mahmood Fazal is an Afghan-Australian writer on a mission to amplify the voices society refuses to hear. After abandoning his role as the sergeant-at-arms of the Mongols Motorcycle Club, Mahmood devoted his life to bare-knuckle stories that challenge our views on crime, violence, imprisonment and radicalisation. His work reveals the humanity in life on the streets.

In 2019 he published “No Gangsters In Paradise” with Audible Originals. An investigative journey into Western Sydney’s Lebanese gang wars, the top-rated audiobook culminates with a sociological critique of life without parole sentencing in Australia.

Mahmood was awarded Young Journalist of the Year at the 2018 Publish Awards for his journalism and his podcast Violent Times was shortlisted for Best Documentary at the Australian Podcast Awards. His work has been featured in VICE, The Monthly, i-D and The Saturday Paper. Mahmood is currently writing a memoir due to be published by HarperCollins in 2021.

“No Gangsters In Paradise” won the Walkley Media Diversity Award this year. 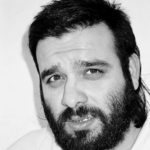 From biker gangs to prison, Mahmood Fazal is an Afghan-Australian writer on a mission to amplify the voices society refuses to... View Profile