From April to June 2012, TED held public auditions in 14 cities on six continents seeking to uncover new talents, voices and ideas the world needs to hear. The TED Worldwide Talent Search in partnership with TEDxSydney came to Carriageworks Eveleigh on 27 May 2012 (the day after TEDxSydney 2012). The live audition was hosted by TED Curator Chris Anderson,TED Content Director Kelly Stoetzel and TEDxSydney Licensee, Remo Giuffré … along with other members of theTEDxSydney organising team.

The entire TED community had a chance to vote on the most promising presenters; and many were invited to be speakers at TED2013. Half of our program will be chosen this way. Congratulations to Leyla Acaroglu and Adam Spencer … both of whom get to talk at TED2013. That programme HERE.

The essential role of music in education

Leyla Acaroglu is the Founder and Director of Eco Innovators and a lecturer at RMIT University in Industrial Design. She is a proponent of systemic and life-cycle-based thinking in...

Darren Percival: The song I composed with my son

With over 20 years of professional musical experience, Darren Percival works as an entertainer, recording artist and vocal coach. He was nominated Entertainer of the Year at the Australian...

James Byrne: How plants have sex

James Byrne is completing a PhD in bacterial pathogenesis at the University of Adelaide. He works as a science communicator for the general public, both online and at the...

Rebekah Campbell: What web entrepreneurs can learn from rock stars

Rebekah Campbell is the Founder and CEO of Scorpio Music Management and recently founded Posse.com, a start-up for sharing favorite places. She launched the careers of 11 of Australia's...

Florian Beutler: Does Earth have a special place in the universe?

Florian Beutler has a PhD in cosmology from the University of Western Australia. He researches general relativity by measuring the gravitational interactions between galaxies.

My Journey of Discovery and Joy Through Water Ballet | Pip Hall

Pip Hall co-founded Wet Hot Beauties, a water ballet company for people without synchronized swimming experience. She is also a writer, actor, producer and believer in the art of...

Ove Hoegh-Guldberg, a marine ecosystems expert, researches coral reefs. He has studied oceans from Mexico to Antarctica and is leading the creation of an online virtual diving experience into...

Andreea Kindryd: The hair wars: a tale of love and reconciliation

Andreea Kindryd, an African-American storyteller, has lived in Australia for most of her life. She grew up inspired by Martin Luther King, Jr. and Malcolm X, amongst others.

Using the Human Body as my Canvas | Danielle Wilde

Danielle Wilde studies and writes about how technology can pair with the physical body to poeticize experience. She completed her PhD in Body-Technology-Poetics at Monash University.

Charmaine Tham, the Vice President of Vets Beyond Borders, has worked as a veterinarian and educator on several dog health programs. She has worked on a project to reduce...

Brad Norman: A deep dive into the world of whale sharks

Brad Norman is the CEO of ECOCEAN Inc., a not-for-profit organization that monitors whale sharks. In 1995, he established photo-identification as an accurate tool to identify and monitor the...

Darryl Nichols cofounded the Garage Sale Trail, an Australian community-based marketplace focused on sustainability, community and fun. He is a passionate believer in the power of collaboration.

Chris Neff: The myth of the rogue shark

Chris Neff is a third year PhD candidate in Government and International Relations at the University of Sydney. He is conducting the world's first doctoral dissertation on the politics...

Derek Muller is the Creative Director of Veritasium, a science video blog with 90 films based off of interviews with Australians about issues such as global warming, seasons and...

Changing the world, one sanitary pad at a time

Chantelle Baxter is the Cofounder of One Girl, a nonprofit that helps girls and women create change. She is working on LaunchPad, a project that sells affordable sanitary pads...

Adam Spencer, a comedian and radio personality with a passion for mathematics, cohosted the Triple J Breakfast Show and is a patron of various science events and programs. 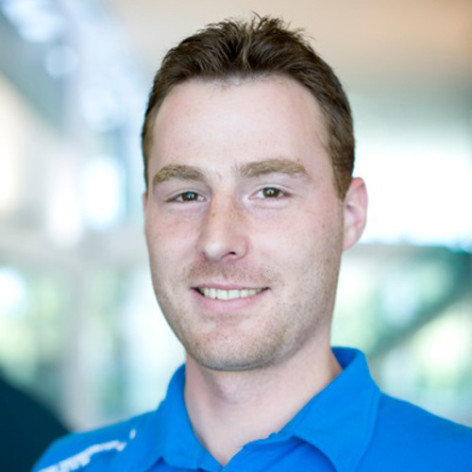