Our flagship TEDxSydney event is a unique and vital day of talks, films, music and debate, and is one of the largest TEDx events in the world. TEDxSydney 2017 took place on Friday 16 June at our new home at ICC Sydney, Darling Harbour, allowing us to welcome a record number of attendees into our TEDxSydney community.

2017 TEDxSydney Talks: Videos of all the TEDxSydney 2017 talks are now available below.

2017 Meet The Speaker Series: Interviews and articles featuring many of our speakers and performers.

Photo Archive: View of our 2017 photo archive on Flickr.

Why We Need Engineers Now More Than Ever | Elanor Huntington

Elanor Huntington argues that now more than ever we need engineers – as they are the ones who bring together people, technology and society, if only engineers could do...

The Myths About Violence Against Women In The Media | Jane Gilmore

After seeing the descriptions in headlines and articles about violence against women committed by men, journalist Jane Gilmore set out to fix it … by fixing the language itself....

Securing A Sustainable Future In The Pacific | David Power

Solomon Islands-based diving enthusiast David Power loves turtles and wants to save them for future generations to enjoy, but overfishing, illegal fishing and bycatch are pushing fish stocks to...

Judy Atkinson is an expert in understanding inter-generational healing and recovery from trauma in Aboriginal and Torres Strait Islander peoples. At the core of this moving talk, she describes...

While muscle dysmorphia, the 'male' eating disorder - is not really male, a disproportionate number of men are impacted by it. Researcher Scott Griffiths argues that eating disorders are...

"When you discover something unjust, even if by accident, you should have a go at fixing it.” When radiation oncologist, Bronwyn King learned she owned several tobacco companies by...

Solving challenges related to access for people with disabilities isn’t as simple as a drop-down menu. Acrobat, dancer and Paralympian, Sarah Houbolt shares her unique views on how to...

Stu Hunter and The Migration Perform Eagle Fish at TEDxSydney 2017 “Stu Hunter is such a dark horse he makes Black Beauty look grey.” – The Sydney Morning Herald “A true...

Archie Roach and Uncle Jack Charles perform We Won't Cry at TEDxSydney 2017 Archie Roach is an Australian singer, songwriter and guitarist who survived a turbulent upbringing to develop into a...

I Am Just a Body | Airling

Airling performs I Am Just a Body at TEDxSydney 2017 Airling (Hannah Shepherd) is fast becoming one of the most talked about young artists in the Australian music industry with her... 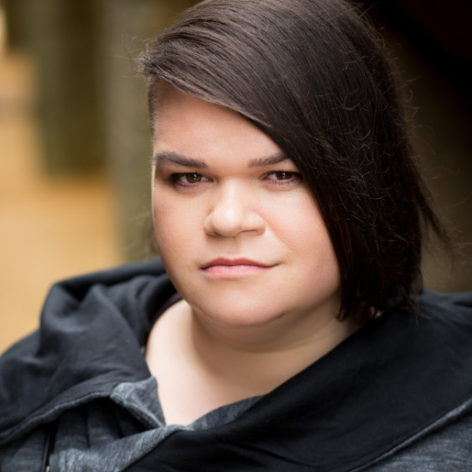