The brain can’t tell the difference between the real and the imagined – is a myth.

It is intriguing to wonder why perception differs from person to person, how imagination can evoke a creative frenzy or intrusive memories that debilitate those with PTSD. Some may think that our thoughts are not in our control while others may believe that their focus creates their reality. So before we proceed any further, let me explain how my interest began into what fundamentally alters our perception of reality.

It was 2007 and I was locked away in a photographic dark room doing brain surgery on sharks. I was attempting a Masters degree in animal behaviour and was based in a remote marine research lab in New Zealand. I was conflicted. My intention to help conservation efforts by studying animal behaviour had lead me to hurt the very animals I was trying to protect. I made the reluctant decision to complete my degree and not let a single animal go to waste. For this reason, I would visualise the entire surgical procedure in my head as a “dry run” and only when I didn’t make any mistakes in my head would I perform the actual surgery. Performing “dry runs” proved to be a powerful tool and only one of my surgeries was ill-fated.

Voluntary imagination differs from daydreaming or mind-wondering which is spontaneous ongoing brain activity that makes up part of the background noise of the brain. For some, this mental noise or brain fog can be quite strong and may interrupt concentration.

Actual dreams that occur in the rapid eye movement (REM) phase of sleeping is different all together. Unlike mental noise that occurs as part of the default mode network (DMN), a key region of this brain network is switched off when we sleep. This region known as the anterior cingulate cortex (ACC) happens to be our rationality filter. Once turned off, seemingly impossible imagery can be experienced as vividly as if it was real. Sometimes this helps us connect dots that we weren’t able to while we are awake.

The media know this basic brain hardwiring very well and use surprise to capture our attention. For example, we will never see a headline like – “Ordinary teenager gets on with life”.

We may catch ourselves doing this as well. In order to surprise or sound more impressive, we exaggerate information sometimes even without our own knowing.

In the post truth era, social media has become a catalyst to reinforce peoples incorrect views and we are more susceptible to glorify fake news than share real stories. So next time you find yourself getting worked up by something you overheard, remember that what captures our attention is often abrupt, negative and unusual but that doesn’t make it real. 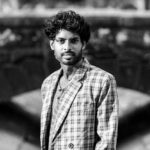 The world’s most neglected technology: the human body

As we absorb and integrate new and exciting technology both, mechanical and virtual, we may be overwriting quite possibly the most advanced technology known to humankind -...