If you can’t measure it, you can’t manage it, as they say. But now that quantifying everything has become the norm, we need to question the metrics we’re using.

Take GDP (Gross Domestic Product), it’s a terrible measure of progress in our society, yet economists and governments still depend on it for much of their decision making.

We’re getting better at measuring greenhouse gasses, but we still haven’t put a price on pollution, which will be a vital step in reducing carbon emissions and slowing climate-change.

So, in this post-economic-growth era, what metrics should we be using?

Perhaps it’s wellbeing (like in NZ), or could we measure happiness (like in Bhutan)? The world of finance is seeing a boom in Ethical Investing and Impact Investing, and now many investors measure the value of a company on its impact, rather than simply on the narrow financial metrics of profit-and-loss.

Fake-news, social-media-bots, and outright lies have become daily obstacles. It’s a battle to know who to trust.

Deciding what’s REAL is the challenge of our age, and being able to rely on measurement is vital.

Can we measure happiness?

GDP has evolved to become the key gauge of prosperity for an economy, but unfortunately, it fails to measure what matters.

“A country’s GDP measures everything except that which makes life worthwhile”. Robert F. Kennedy once said.

It’s a measure of ‘economic activity’ within a market, and it’s used as a proxy for reporting economic growth. The problem is that anything produced outside of a ‘market’ isn’t included, which means housework, family harmony, and environmental degradation aren’t factored in.

GDP can be growing even if society is miserable.

I wrote about this topic almost ten years ago, but little has changed. We rely on it because it’s a black-and-white metric, not because it’s useful.

“At present, we’re stealing the future, selling it in the present, and calling it GDP.” says Paul Hawken, author of Drawdown.

Wellbeing is the metric of the future

I’m not saying that economic activity isn’t important for a society to thrive, it is, but GDP is just such a very narrow way to measure it.

Under the progressive leadership of Jacinda Adern, NZ is leap-frogging Australia’s conservative view of what constitutes development. Last year they handed down the world’s first Wellbeing Budget. It aims to measure the impact of government spending on happiness with data inputs of human progress coming from psychologists, teachers and local governments, not just economists.

They’re refining the way they capture data by using apps and new technology. Local governments are empowered to feed-through information and insights about what people want on the ground. The policy making process is consultative, and, proposals are assessed on their impacts and whether they achieve evidence-based priorities for the future.

“We’re embedding that notion of making decisions that aren’t just about growth for growth’s sake, but how are our people faring?” Ardern said. “How is their overall well-being and their mental health? How is our environment doing? These are the measures that will give us a true measure of our success.”

The approach is not perfect, happiness is after-all an intrinsically personal emotion that has confounded measurement by psychologists and philosophers for thousands of years.

What matters is that they’ve begun the journey of embracing a new set of metrics that goes beyond GDP.

What’s the cost of pollution?

There’s one area where measurement has come a long way, and that’s measuring the greenhouse gasses that come from pollution.

We know that burning some chemicals are far worse than others, we know that making cement releases heaps of CO2, so does the petrol in our cars, and burning coal to make electricity.

But the question then remains; if we can measure it, and we know it’s bad, why are we still burning so much fossil fuels and rushing headlong towards climate-change?

I would argue that’s it’s not a failure to measure, it’s a failure to act on it, and put a price on it. And while I’ve spent much of this article lamenting the weakness of traditional economic theory to measure our quality of life, but, when it comes to pollution, economists actually have some pretty good ideas for shifting our society towards burning less C02. The only problem is, they’ve been ignored for decades.

We all know the theory of supply and demand; if the price goes up, demand goes down. Using this theory it seems obvious that if you put a monetary cost on the right to pollute the air, then there would be incentives to find better ways of making power than burning coal for electricity, or petrol in our cars.

But what about electric cars, I hear you say, and what about all those solar panels on our roofs! Well you’re dead right, as solar panels and battery technology have become cheaper, they’ve started to displace the old, polluting, machinery.

Imagine how much more quickly these renewable technologies would be adopted if the price of petrol and coal included a cost to cover the pollution they cause.

A cap-and-trade system is a type of cabon-trading, its just one-way economists have devised to put a price on pollution.

The system is currently operating in Europe, and Australia did implement its own system in 2011, but this was ditched with a change of government only two years after launch.

We’re measuring our pollution, but our emissions continue to increase, and that’s because it’s free.

Facebook shares dropped by almost 30% in the second half of 2018, but it’s not because of a fall in revenue or profit, it’s because they were embroiled in a privacy scandal along with Cambridge Analytica.

There was a big sell-off in their shares, and it was led by the new breed of investors that are holding companies to account if they breach certain environmental or social criteria. You may have heard it described as sustainable investing, or ethical investing. These ‘ESG investors’ look at more than just the profit-and-loss of a company, they also measure the Environmental, Social and Governance impacts of a company.

Facebook was actually removed from the ‘S&P 500 ESG index’, because it was deemed to be a poor corporate citizen, and essentially being too risky in the long-term.

This is the new world of financial measurement where total societal impact is just as important as financial returns. And while ESG investors may only make-up a small percentage of total investment capital, their philosophy is influencing the world biggest fund managers, like Blackrock.

The array of options for conscious investors are huge, and growing. You can now invest in a portfolio that only includes companies that are focussed on renewable energy, or those that have gender equity in upper-management.

The challenge is in the measurement.

The world of Impact Investment is where social and environmental screens are the most stringent, and this is testing ground for an evolution in measuring the impact a business has on the world.

Impact investors target companies that are working to solve some of society’s greatest challenges. Whether it be homelessness, health-care or climate change, impact investors scour the world for the most impactful companies and they support their mission with financial capital. But, if the businesses impact turns negative, they may lose this support.

This movement really got going in the wake of the financial crisis of 2008, but since then it’s been driven by the Millennial generation’s desire to support companies that have a purpose, as well as the digital revolution, which has boosted transparency and left poor-performers with nowhere to hide.

Use it or lose it

If we want to get REAL about fixing inequality and recalibrating economics to benefit everybody, then we need to fix our metrics.

Technology is giving us the tools, and unprecedented environmental disasters are making it all too apparent that we need to act on climate-change, fast!

We need to find the best metrics, and we need to be bold in how we apply them! 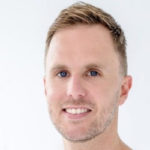 I used to love going to music festivals, but the sea of plastic bottles left behind always made me feel guilty. As I got older, conferences began to replace...