Leading Australian Architect, Peter Stutchbury emphasises the importance of thinking and creativity. He argues that we must be able to learn from others, from other solutions to problems, from nature and from those who came before us. Peter Stutchbury has practiced Architecture since 1980 establishing a reputation for innovation, responsibility and connection. Peter greatly respects Aboriginal culture.

He has taught and lectured nationally and internationally since 1981, held the Catedra Luis Barragán chair, Mexico and a Professor at The University of Newcastle, Australia since 1999. Peter is also a teaching master with the Architecture Foundation Australia. He has taught Master Classes in USA, Ireland, Chile, Bangladesh, India, Namibia, New Zealand, South Africa and Australia.

From 2016, in association with the University of Newcastle and partner Fernanda Cabral he has worked in disadvantaged communities in Brazil. Peter Stutchbury Architecture has won over 50 Australian Institute of Architects Award and in 2003 Peter became the first Architect to win two named National Architecture Awards, repeating this in 2005 and has also had exhibited at the Venice Architecture Biennale in Italy in 2008.

“Buildings capture the spirit of a moment whilst anticipating time. Nothing is static unless disconnected.” 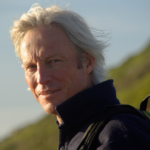