The 4 billion year voyage of life on Earth is written in the rocks. From life’s first steps to a human’s first breath, the deep geological past alludes to the origins, evolution and future of life on the little blue planet we call home.

Tara is a PhD candidate at the Australian Centre for Astrobiology of the University of New South Wales, Australia. Her PhD work is focussed on the geological setting and ecology of some of Earth’s oldest evidence for life in the approx. 3.5 billion year old ‘Dresser Formation’ located in the Pilbara of Western Australia. Her work has led to the production of an online virtual field trip (VFT), which has been used in a second year Astrobiology course at UNSW since 2016 to teach multidisciplinary science students about early life on Earth, geology and scientific practice.

Tara’s research has also led to her involvement in an upcoming IMAX documentary called ’The Story of Earth’, which as its title suggests, illustrates Earth’s 4.6 billion year history, as it is currently understood.

The trailer for which can be viewed HERE Read the journal article regarding Tara’s work on the geyserite at https://www.nature.com/articles/ncomm…. And biew the IMAX film page https://thestoryofearth.film/ 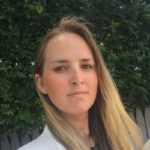 Dr Tara Djokic completed her PhD with the Australian Centre for Astrobiology at the University of New South Wales, Australia in... View Profile