HY William Chan is not only interested in designing the cities that we live in, but how we can all be a part of the process. But what might surprise you are the kind of cities he’s talking about. He challenges us to disrupt our understanding of refugee camps as future cities and incubators of innovation. Can refugees then be empowered to transform their own environments through the circular economy, and ultimately be the next generation of creatives, technologists and innovators?

HY William Chan is an urbanist and designer dedicated to creating resilient and inclusive places for people. A UNICEF Young Ambassador during the 25th anniversary of the Convention of the Rights of the Child, William has led community-building projects for the homeless, slum dwellers and refugee youth. He is named in the 2019 Forbes 30 Under 30 list as a game-changing business and industry leader in the Asia-Pacific region.

William’s award-winning architecture and design solutions have been showcased across 40 cities. He co-authored the UN-Habitat World Urban Youth Declaration and represented global leaders in launching the UN Youth 2030 Strategy at the 2018 General Assembly in New York, where he addressed the High Level Meeting on Social Business, Youth and Technology. William is a World Economic Forum Global Shaper, Fellow with the UN Sustainable Development Solutions Network and Research Affiliate with the Center for Sustainable Urban Development at Columbia University’s Earth Institute 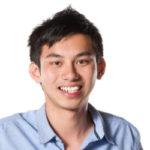 Hong Kong-born HY William Chan is an urbanist and designer dedicated to creating resilient and inclusive places for people. A... View Profile