Ally McLean delves into the pressures of the games industry and offers some practical solutions for avoiding burnout. Ally McLean is a video game developer and the CEO of The Working Lunch, a social enterprise that is changing the games industry through mentorships for underrepresented people.

Winner of the Women’s Weekly Women of the Future award for Innovation and Technology, Ally has had a fascinating career taking her from being one of Australia’s first global professional cosplayers on titles like The Witcher 3, to running games studios and travelling the world speaking and mentoring for the likes of Google and Microsoft, advocating for equity in the games industry.

Ally was the Gamerunner on critically acclaimed independent game Rumu, which won multiple national and international awards, including the Australian Writer’s Guild Award for Interactive Media and the Australian Game Developer Award. Ally was also the recipient of the Women in Games awards for Creative Impact, Campaigner of the Year and Outstanding Achievement. 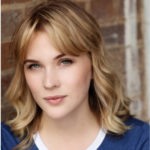 Ally McLean is a video game developer and the CEO of The Working Lunch, a... View Profile