On a recent writing assignment I took two instructions from one of my editors as a direct order when it was just an idea he wanted me to consider. I thought he wanted me to change the lead as well as the title of the article. The next draft edit came back with, “what happened to the lead. It was great!”. As it turned out, he only wanted it tweaked.

I lost a half day, but worse I didn’t do my best work.

“There is a shadow to leadership, which interferes with the way a message is received,” explained Padraig O’sullivan, President of Asia Pacific for the Leadership Circle,  in a sit down to ask his advice.

“A client, who has recently taken on a global CEO role, found her extraverted thinking had, unintentionally, become the team member’s order. This can have massive ramifications down the chain of command, such as what you experienced with your editor.”

“Perhaps I should have cleared it up,” I said in response, “but I worried I would look like either a smarty pants or an idiot, and that might affect future work.”

This is the unspoken influence of power. “Leaders are not always fully aware of their impact,” he said.

The CEO I just spoke of put it in a nutshell: “I know I’m getting more senior because my jokes seem to be getting funnier and funnier.”

I kept my reply to a nod, embarrassed to admit the many times I’ve appeased the boss and, the other way around, when as a teacher students have discounted their own thinking by taking my every word as gospel.

“Like your editor, the high performance boss wants to encourage creativity while driving the business forward with unmistakably clear guidance,” said Padraig. “The solution is found in the wording, which has to be precise. It’s also important to distinguish between the different types of communications. Is it a passing thought, an idea that might work or a direct order?” 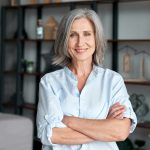 Thought Starter: How You can Join the Fight to End Media Violence against Women

Jane Gilmore completed her TEDxSydney talk on media violence against women, with a call to citizenship: “Because if journalists won’t...

What exactly is blockchain? Well, it had to be the first question for Jamie Skella, regardless of it laying bare my tech ignorance. The co-founder...