“There around 60,000 kids in Australia with serious illness or injury, who are at home or in hospital, watching from the sidelines and missing school. Some miss days and weeks, others miss months and even years,” explains Megan Gilmour, Chair and Co-Founder of MissingSchool.

This year at TEDxSydney, Megan took to the St.George stage in the Hub (watch here) to tell her personal story with attendees, sharing the reason she was driven to start MissingSchool, an organisation dedicated to connecting seriously sick kids to their regular schools.

In 2010, Megan’s then 10-year-old son, Darcy took a rapid slide into critical illness. Three rare blood disorders (one pre-Leukaemia) saw him fast-tracked into a bone marrow transplant – a last line treatment that kills if it doesn’t cure.

“Darcy missed a straight 18 months of school. That isolation hurt him more than anything,” said Megan.

“At the 18-month point, Darcy started to give up. Why endure the suffering when the life he was fighting for had already disappeared?”

Determined to show Darcy he’d survive, and that school mattered because he had a future, Megan set out to connect him with his classroom, literally. But the barriers mounted and Megan rapidly realised that kids like Darcy are often overlooked by the education system.

MissingSchool officially began in 2012, born out of a Canberra lounge room, by three mums, including Megan, following similar experiences with their children.

“We came together after our children survived critical and life-threatening illnesses of some duration. Our sons were invisible in their need for education and contact with their classmates.”

They knew that maintaining a connection with school would offer kids like their own a sense of normality – ultimately allowing them to keep up-to-date with their education, social communities and ease the transition back into everyday life.

In 2015, through a report funded by the St.George Foundation, MissingSchool took this problem to the national stage.

“We got the Prime Minister’s attention, and the attention of a nation through media all over the country. We then advocated to the Commonwealth to commission the first government report on this issue and then advised on its methodology.”

Megan was awarded a Churchill Fellowship to discover what the best in the world do – allowing her to visit Finland, Sweden, Netherlands, Belgium, UK and Canada mid last year where she uncovered best practice in the field.

Winning the Inspire Grant given by the St.George Foundation after pitching a national pilot for telepresence robots to connect sick students to their classrooms, MissingSchool was set to start connecting children across the country with their schools.

“The telepresence robots stand in the classrooms of sick kids and connect them. By putting robots in their classrooms, we are enabling sick students to see and hear their teachers and classmates, in real time, and be seen and heard. They even have the ability to move their robot around from home or hospital via their laptop keyboard.”

The pilot has been live for less than a year, and MissingSchool has already achieved collaboration with education and health systems around the country.

“Up until this point, we have processed 64 enquiries for robots and have had conversations with 59 schools. We are striving to place at least 200 robots by the end of 2020,” declares Megan.

“There is nothing like the joy of seeing a kid who’s doing it really tough, dial into their classroom and light up when they see their teachers and classmates. Their classmates and teachers love it too.”

Megan and MissingSchool are changing how sick kids are educated and cared for all over Australia and it certainly doesn’t seem they’ll stop until the job’s done. 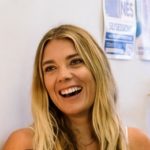 With over 10 years editorial experience both in Australia and internationally, Brittany has always been fascinated by the power of storytelling. She has... View Profile

At NOVA Entertainment, we are in the business of creating and sharing transformative experiences. Our partnership with TEDxSydney reflects our shared ambition – to facilitate an occasion for provocative thinking,...

Here’s how you connect 5000 people all at once

I have to admit, I love flying. Not only because of the adventure that awaits or the sense of luxury or even the tiny, pint sized toiletries...

Are B Corporations the future of business?

There is a growing demand for businesses to stand for something. Whether it’s social, political or environmental, consumers want organisations to have purpose and align their business...

Pay It Forward: How your one act of kindness could change the whole world

The positive domino effect that naturally occurs with pay it forward initiatives is something to be admired and reflected upon. If you’re new to the concept, then think of...

TEDxSydney 2018 Spring Pitch Night: Who won and what did we learn?

When Primary School teacher Max Agapitos turned around in his seat and asked me to “laugh extra loud at my joke” I knew the night was set...

How to work towards a zero waste event

Sustainable practices are receiving more attention today than ever before. Bars are removing straws across the country, grocery chains are banning plastic bags and fashion brands are committing to...

How to bring an event to life

With a sell-out crowd at this year’s TEDxSydney, we wanted to learn a bit more about what it takes to bring an event of this scale together....

Each year TEDxSydney puts out a call for creatives to pitch their response to the theme in a three-minute film. This year’s theme of HumanKind was interpreted...

Gone are the perceptions that universities are merely playgrounds for practice; now we are entering a time where the work done in these institutions is more important...

The positive impact of online groups with Facebook’s, Alex Sloane

No matter your location, timezone, or cultural background, online communities have the capacity to bring people together so that they may bond over shared interests and feel...

How coffee connects millions of people around the world every day

Coffee, it is so much more than just a caffeinated concoction compelling you to wake up every morning. And, those that drink it are so much more...

We live and breathe stories. Our lives are a mosaic of multilayered narratives, created by and delivered to us. Stories are how we learn, teach, entertain and...

The importance of human interaction as AI and machine learning rises

We know that we are naturally driven to connect with others. It is embedded in our biology, with our brains wired for reaching out to and interacting...

BTS of TEDxSydney: Pushing the Technical Boundaries of Events

How often do you walk into an event like TEDxSydney and start analysing the grand scale of its technical requirements? Where you note the multiple cameras, complex...

How will new wave technology impact us as humans?

It is no secret we are steadily moving towards a technologically dependent world, if we aren’t there already. As a species, we are ferociously conceptualising, creating and deploying new...

Human Kindness – How technology can assist the NFP Sector

While the Not-For-Profit (NFP) sector addresses some of the world’s toughest global, social and local problems on a daily basis, it’s no secret that many individual NFP organisations struggle...