NOTE FROM TED: This talk contains graphic images and a discussion of warfare and violence, which some viewers may find distressing. TEDx events are independently organised by volunteers.

An award winning journalist, Andrew Quilty was one of only a handful of journalists present in Kabul during the Taliban’s takeover of Afghanistan in August 2021. Having lived in the city for 8 years by then, he struggled to maintain the line between journalist and resident amid the chaos of evacuations, rapidly advancing fighters and the collapse of a government and a city he called home. Andrew Quilty was born in Sydney in 1981. Quilty based himself in Kabul and photographed for many of the world’s preeminent media outlets. From his photographic work in Afghanistan, he has collected accolades including a World Press Photo award, a Polk award and several Walkley awards, including, in 2016, the Gold Walkley, the highest honour in Australian journalism.

In recent years, Quilty has combined photojournalism in Afghanistan with the written word. He has written for Rolling Stone, Harper’s Magazine, The New York Times and more. Last year, his 18-month investigation into a CIA-led Afghan militia, for the U.S. investigative outlet The Intercept, was the recipient of a 2021 Overseas Press Club of America Award. Also, last year, Quilty was named the Walkley Freelance Journalist of the Year and his investigation into Australian war crimes in Afghanistan for The Monthly was awarded the Walkley award for best long-form journalism. This talk was given at a TEDx event using the TED conference format but independently organised by a local community. 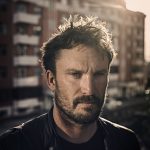 Andrew Quilty was born in Sydney in 1981. His photographic career began at Fairfax Media in 2005. After leaving Fairfax in... View Profile

Switch off the dating apps, forget the nightclubs and tune in to a thousand-year strong tradition of courtly Persian love poetry. There’s a verse for every condition of the...

Words that move us closer closer to worlds we know are possible. In these meditations on people and power, and the power of people, Poet Sara Saleh poetically explores...

Can artificial intelligence be a music collaborator? | Uncanny Valley

Artificial Intelligence is often met with fear and suspicion ... especially when it is invited into the more 'human' areas of life, like music. AI is here, so what...

The Sawires family is incredible. They’re 1st Generation Australians of Egyptian heritage that are contributing an incredible amount to the artistic culture of Australia. They’re a creative family through...

This is why we dance | Shyamla

In this powerful short talk, Shyamla, the founder and director of progressive South Asian performing arts company BINDI BOSSES, explains how they use dance and art to challenge traditional...

Eric Avery performs a piece called Wirrangintungiyil at TEDxSydney 2019, accompanied by his father Graham King. Eric Avery is a Ngiyampaa, Yuin, Bandjalang and Gumbangirr artist. As part of...

Watch Me Read You | Odette

The soulful sounds of Kaiit accompanied by her band, performs her song, Natural Woman live on the TEDxSydney 2018 stage. With honeyed vocals, fierce rhymes and a bold eclectic...

The soulful sounds of Kaiit accompanied by her band, performs two songs live on the TEDxSydney 2018 stage, Natural Woman as well as premiering her new track OG Luv...

The soulful sounds of Kaiit accompanied by her band, premieres her new track OG Luv Kush, Pt. 2. on the TEDxSydney stage. With honeyed vocals, fierce rhymes and a...

The long and the short of it: life lessons from art-dog Teena | David Capra

Performance artist David Capra appears on the TEDxSydney stage with his seven-year-old dachshund, Teena. Together they unpack the qualities of living the good life while tackling naysayers and anxiety.

By choosing to create this talk, Miles Merrill faced the tough decision to discuss the n-word and racism with his eight-year old daughter. After an awkward formal chat, he...

Kirin J Callinan has drawn a metophoric career slingshot from critical accliam and celebrity endorsements that right now is armed and aimed high. Starring first in the seminal band Mercy...

Asta is joined onstage by aerial acrobats Emma and Missy. Asta is a Tasmanian native, first lifted from rural obscurity by triple j when they announced her winner of their...

Bukhchuluun Ganburged (Bukhu) is a master student of the Music and Dance Conservatory of Ulaanbaatar. Performing the folk musics of Mongolia, and exploring the aural dimensions of sounds generated...

Wafia performs Heartburn and Window Seat at TEDxSydney 2016. Netherlands-raised, Australia-based artist Wafia first surfaced on the release of ‘Breathe In’ a collaborative single with Melbourne’s Japanese Wallpaper, which was personally...

Tralala Blip are unlike any other electronic outfit you’ve ever heard or seen. At the core is the contribution of the three members with intellectual disabilities. And contribute they...

Deb "Spoons" Perry instructs the audience on how to play the spoons and then attempts a Guinness World Record for the largest spoon ensemble to the tune of Paul...